We’ve all heard the Disney song “It’s A Small World.”  In April, I found myself in one of those situations while at Texas Motor Speedway for NASCAR race weekend.  Hubby Rick and I had gone over to see one of our favs, Brendan Gaughan at the Chevrolet display.  I first met Brendan in 2013 and interviewed him the following spring so he immediately called us out by name and planted a kiss on my cheek.  Just as previous times seeing him, Rick was still waiting for the camera to focus, so the picture was me reciprocating back the kiss.  After Brendan, three of the newer Xfinity drivers came out.  One was named Garrett Smithley and immediately caught my attention when he shared he was into theater.  One just doesn’t picture a guy, who risks his life driving high speeds, being into the arts.  He mentioned he was from Pennsylvania and then pointed out his parents who proudly smiled and waved.    Since no one is a stranger to me (remember I am a retired flight attendant), I approached the couple.  I introduced myself and asked what part of Pennsylvania they were from.  When they answered that it was a small town in Western Pennsylvania, I told them my best friend lived in Ligonier.   Bethanie Smithley’s jaw dropped and she replied, “Garrett, tell Carlotta where you were born.”  “Ligonier, Pennsylvania,” he replied.  We’re talking a town of 1,549 in the last census.  But it didn’t end there.  Garrett’s mom was also a former flight attendant and his dad,R K, was a pilot who flew military charters at World Airways with Barb Lambert, one of my flight attendant friends from Delta!  It is indeed a small world.

The following month, we again found ourselves at the speedway.  This time it was for Wheel of Fortune auditions!  I begged poor Rick to go along just in case I got chosen to go on stage so he could take pictures.  The next thing we knew, we were in a long line of cars to enter the midfield where auditions were being held. When we joined a two-hour line already snaking through the NASCAR garage, I realized that I was not the only one with the great idea of going!!  There were several hundred people!!!  We had to fill out a small 4” by 5” yellow piece of paper (the “application”) telling our names, ages, contact info and what made us unique from the others in the line.  Try being original given just four lines as well as writing legibly using one’s other hand as a clipboard!!  The rope finally dropped and we ended up very close to the stage.  There were to be three rounds of an hour each with the names being drawn from a hopper for several games.  Our Pat Sajek was a guy named Marty Lublin who was personality extraordinaire!!  Our Vanna was a perky blonde named Mallory Harden with a body I will wish for in my next life.  Marty did a quick interview of each contestant that was even more important than the actual puzzle solving.  After all, the producers didn’t want someone whose hobby was watching paint dry, for the real show!  As people came and went on stage, I was mentally rehearsing my spiel.  They got to the last group for round one.  They called, “Carlotta…..” finally!!  “Gonzales.”  Not me.  They announced the last person for the round.  “Rick…..” My hubby got a look of horror since everyone pauses before they try to say our last name.  “Schmittgen!”  Oh boy!  The man, who I talked into coming as well as filling out an application and was bailing after round one, was chosen!!  Rick did pretty well on the interview pointing me out in the audience…. I just wished he had added something like sports guru.  I knew from the Smithleys at NASCAR to just proudly smile and wave.  He mentioned he liked gardening and woodworking, then “playing with our two-month-old Boxer Katie” who was actually almost five months.  I had to smile – nerves.  As for the rest of the twelve hour day, my “application” was never drawn. I knew it wasn’t meant to be.  They didn’t have one sports puzzle!! 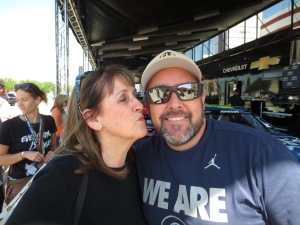 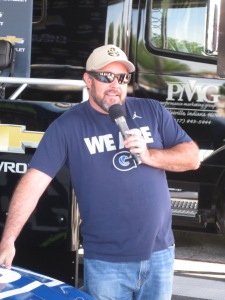 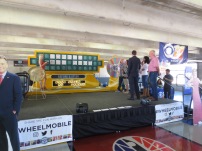 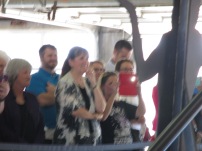 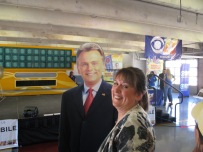 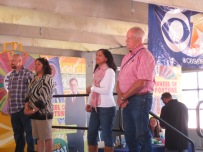 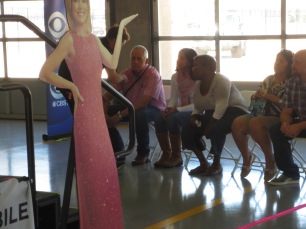 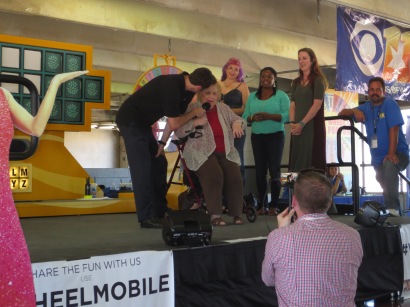 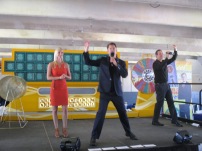 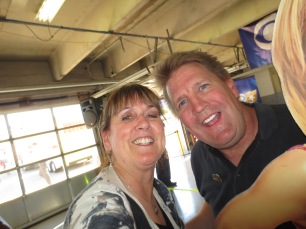 This entry was posted on May 25, 2017, 8:33 pm and is filed under Heart Beat of the Texas Hill Country, Lotta Sports on rioandreyes.com, NASCAR. You can follow any responses to this entry through RSS 2.0. You can leave a response, or trackback from your own site.